It was an interesting summer for us. We were lucky to have had houseguests often, and that’s always a blessing. Other than that, it seems like we’ve been on the road most of the time, but now we’re back. I’ve missed you all, I’ve missed writing, I’ve missed reading your stuff. I am also missing my Safari, which seems to have died. I need to take my iMac to the hospital to have a Safari transplant, and I’m dreading that. I probably should have done it while we were traveling, but I wanted to be able to visit. You know how lonely it is in the hospital.

I was talking to someone recently about the benefits and challenges of living in a country that you didn’t grow up in. One of the challenges is that most people don’t get your cultural references. I mean, imagine living in a place where nobody understands what you’re talking about when you say, “Gee, Toto, we’re not in Kansas anymore”. Or kemosabe– doesn’t everyone know what kemosabe means? No. A lick and a promise? Nope. You’re batting a thousand? Ha! You’re in the right ballpark? Sorry. I’m gonna slap you silly? Uh-uh. I have to say, though, that when my students ask, “Kate, what does it mean—kemosabe?” they ask with such lovely French accents that I can forgive their not knowing.

But I digress. One of the trips we made recently was to York.

York. When you hear of York, what do think about? Me, I think about peppermint patties (always food). Or Prince Andrew and Sarah Ferguson. Or the grand ol’duke who had ten thousand men and marched them up a very high hill and marched them down again. Or maybe York Pennsylvania with its Amish population. Oddly enough, I don’t think of NEW York. But it’s also true that I don’t immediately think of OLD York, the one in England. More’s the pity.

So when Dan had a business meeting in York (the old one), I was happy to tag along. We spent a long weekend there, and I fell absolutely under the charm of this ancient town. We took the train from Belgium to London and changed to the local train to York. In the process we discovered the amazing new St. Pancras station in London. Note that it’s St. Pan-cras, not St. PancrEas. He’s not an internal organ. Poor old Pancras. I’ve always been glad that my mom didn’t name me Pancras. Aside from the fact that it’s a boy’s name, Pancras McNally just doesn’t have that ole zing.

One thing that I noticed in England was how odd it was to be in a place where everyone spoke English. Seriously, it was strange to hear it spoken all around us. Then I noticed how much I like that lovely little “th” sound that we have. It doesn’t exist in French, and few of my students can pronounce it well, so it’s not a sound I hear around me very often.

When we got out of the train in York, I knew we weren’t in Kansas any more (see? I got to use it–that’s one reason I love you guys): 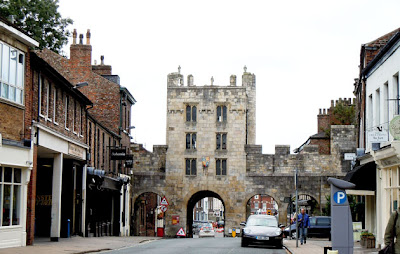 York still has its medieval walls and gates, so there’s no question about whether you’re inside or outside of the town. You literally have to ENTER it, through a gate. In olden times (like when we said ‘kemosabe’) these gates were locked at night, and if you didn’t get home in time, you would be locked out. My parents had a similar policy.

Once you enter the town, you find yourself surrounded by interesting buildings: 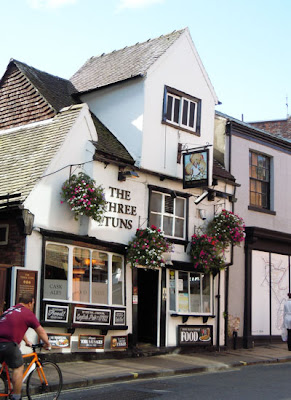 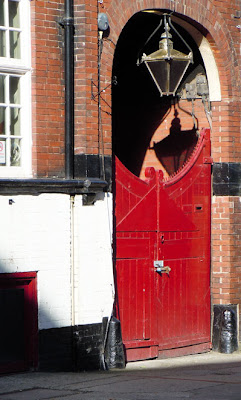 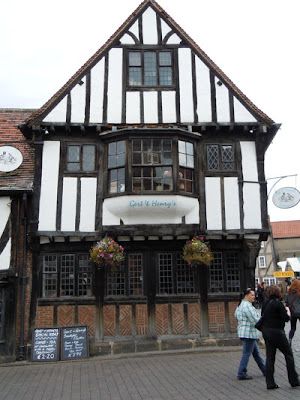 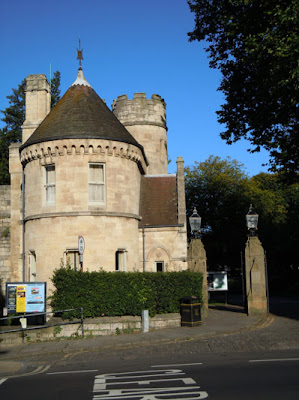 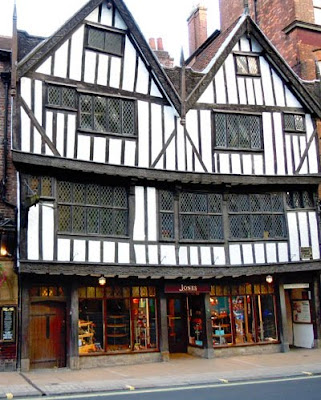 The most interesting building of all dominates the scene almost wherever you look: 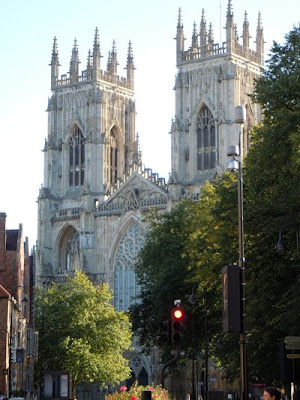 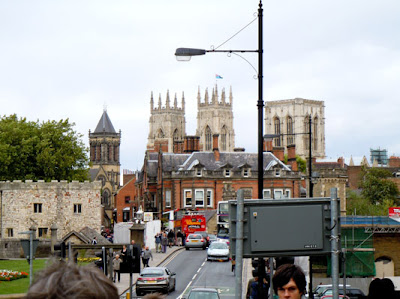 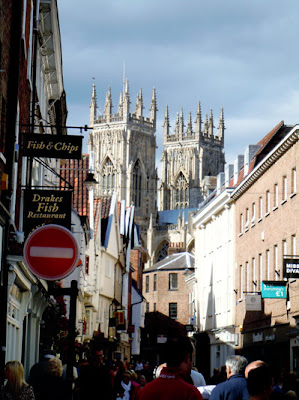 We visited it, of course. You might think it’s a cathedral, but it’s not. It’s a “Minster”. Not a Min-i-ster, but a Min-ster. The word comes from old English and means a missionary church. Construction on the present church began in 1220. You can read more about it here. It’s gorgeous, and we spent an afternoon there. We also found a market, natch, and we bought some cheese to bring home. We explored the narrow streets, built centuries before cars were thought of: 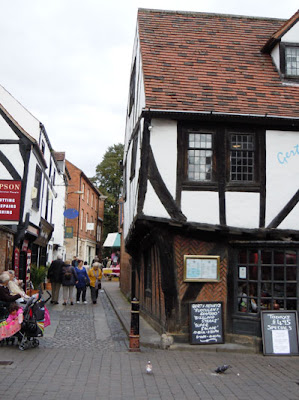 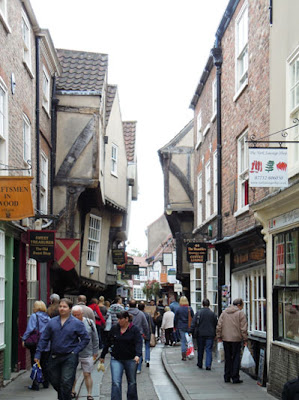 The street in the photo on the right above has an interesting name, even older than kemosabe: 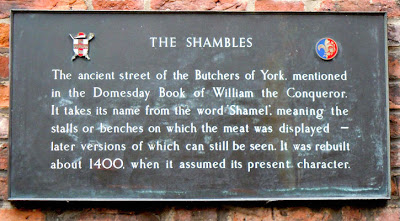 There were pubs, of course. I took lots of photos of pub signs. I think I’ll do a separate post on those, because there were so many. We walked and walked and walked. When we got tired we found a lovely place to rest: 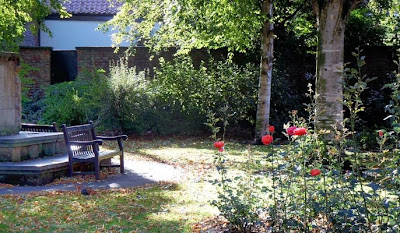 When we got home I promised myself that I wouldn’t leave my nest for at loooong time. I’ll do my best.There’s no place like home, Toto.

Born and raised in Atlanta, with degrees from UGA and UT Knoxville, Kate never lived above the Mason-Dixon line. That is, until she moved to Belgium. She now lives in the Belgian Ardennes, near Germany and The Netherlands, in an area where three cultures clash and co-exist. She used to have a stress-filled life, living in Washington DC and working as a management consultant all over the US and Canada. About 9 years ago, Kate and her husband Dan quit their jobs and moved to Europe. Now they teach English as a second language to business people there. They went there for two or three years. They're still here. Kate loves to cook, to travel, to paint and to write. She tries to do all of those as often as she can, and she shares tales of her life there in her blog. Kate says, "My blog is called 'Serendipity'. That pretty much sums up our life here in Belgium: serene with a little ‘dipity’ added. You’ll find here tales of our life as we sometimes struggle with other languages and other ways. You'll also find some paintings. And more than a few recipes, because I love to cook. My husband loves to eat. Perfect!" You can find her blog at http://serendipity-kate.blogspot.com/